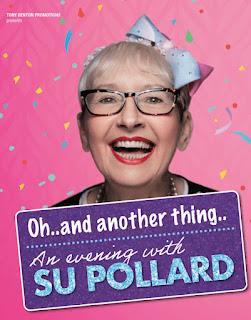 Anyone who has not seen the powerhouse that is Su Pollard is missing a force of nature.  Although best known for her sitcom characters - most specifically her early 1980s breakout turn as chalet maid Peggy in Hi-de-Hi! - she has become over the years a national treasure and one of our most original and dynamic stage performers.

Having notched up an enviable CV of theatre and television appearances,  Su has now embarked on a national tour of her one woman show, which has been titled Oh..and another thing..  because that is how the serial chatterbox peppers her lengthy conversations.

As you enter the auditorium and witness the stage setting of glitter curtains and huge pair of pink specs that overshadow the evening, you know we are not in Kansas anymore.  Su has been called the Queen of Camp and she owns the title unashamedly.  She arrives in a haze of sequinned fabulousness, in great voice and accompanied expertly by Michael England on keyboards.   She starts by telling us how Covid stopped her in her tracks (as if anything could!) and then proceeds to give us a whistle stop tour through her beginnings in Nottingham,  working as a secretary,  her hippy fashion vibe and onto her first steps as a professional actress.  She tells of going to the same auditions as Elaine Paige (and what happens when their careers fuse) and of course onto snapshots of her career such as being in the chorus of The Desert Song,  being spotted in Godspell, meeting her mentors Jimmy Perry and David Croft and of course her surprise hit single, which shot to number 2 in the national charts (Damn that Diana Ross!)

Whilst apparently chaotic and an air of the adhoc pervades the evening,  it is in fact carefully crafted by director Roger Haines. The f-bomb is dropped casually throughout, as well as a few jokes which might have your elderly aunt all a fluster.   But trying to review such an energetic frenzy is like trying to describe the view from the eye of a hurricane. Pollard is hysterical throughout,  but also brings the air of vulnerability that her sitcom characters also possess.  A case in point is her rendition of the wistful ballad There Was Something About Mr. Henderson,  beautifully pointed and delicate, before we are off again into the mad storm of Su's comedy onslaught.  Pollard has the ability to connect directly with her audience,  we know she is one of us,  and in return her audience adore her right back.   Oh..and another thing.. needs to be available on the NHS, as the power of its star to lift us up and make us feel good about being alive is intoxicating.

In many ways the Q & A session in the second half is anti-climatic.  Sure the audience get to put their questions to Miss P, and we learn more of her career,  but it is the first half of the evening which gives the audience a warm glow as they leave the theatre.

Throughout the evening Su neither looks nor acts like her 72 years,  she has earned her stripes (or her Yellowcoat) and delivers a comedy performance that frankly is a masterclass from a unique and brilliant lady at the peak of her powers. Miss her at your peril. 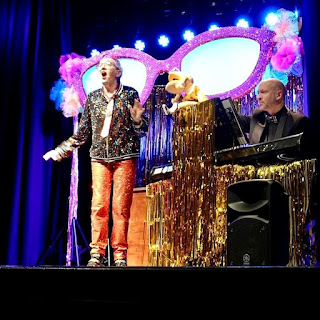 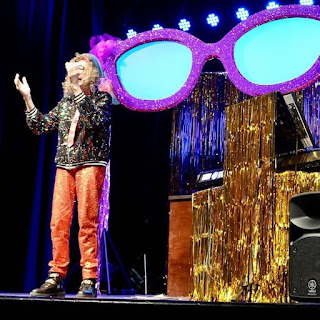 Photos courtesy of Glen Chavannes
Posted by Rob Cope at 09:48